Lord of the Changing Winds by Rachel Neumeier 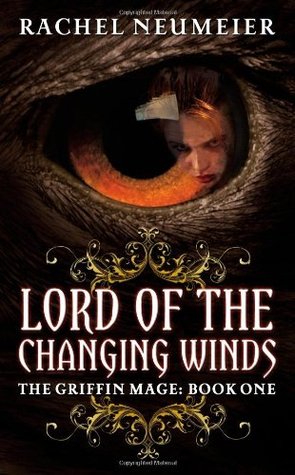 Lord of the Changing Winds (Griffin Mage, #1)
by Rachel Neumeier

This book was hard to get into – there were some complex concepts swirling around in the first few chapters, and some plot devices that the author didn’t want to give away. When they were revealed later in the book, I said, “Oh! This book is about a land war!”

I think the first third of the book, mostly exposition, could be edited down to a more robust introduction. The main characters are: a young girl, a griffin mage, and the griffins.

Spelling matters, people: the griffins all have bizarre names with two ii’s in a row. That sort of drove me bananas, because they were supposed to be foreign, yes, but not so foreign that all their names are weird and I can’t tell them apart. She was alluding to the griffin language without going through the effort of developing it completely, a la Tolkien.

I’m about a third of the way through the second book, all new characters. It seems like this could be an interesting world, if the action was more streamlined. The action had a good pace towards the end.

You can find my Goodreads review here.